Witches are female human beings with the ability to use magic. Only about half of the witch population are gifted with powers, but the other half do not, therefore, they're known as "Powerless Witches", these people become Guardians. Witches are the female versions of Wizards. All witches have a "Signature Gesture", which they use to cast spells and use their powers. Most Witches prefer to dwell within the Magic Realm, but a handful of witches live on Earth.

A Guardian is a Powerless Witch who isn't gifted with powers or lost their powers. Instead, they are trained in all subjects of magical knowledge so they can protect Witches who do have magic.

The Chosen One is a special Witch chosen upon a Lunar Eclipse who's magic is extremely powerful. They are also able give non-Witches powers as shown when Ursula said that if Maddie was the Chosen One she would have powers. Chosen One's are identified by having a star shaped birthmark anywhere on their body. (In Emma's case, her foot). 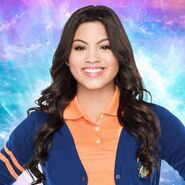 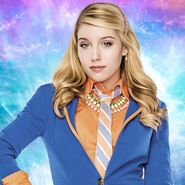 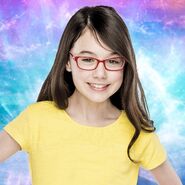 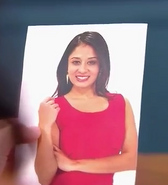 Van Pelt witches and wizards
Add a photo to this gallery